END_OF_DOCUMENT_TOKEN_TO_BE_REPLACED

The Volunteer Program provides opportunities to active duty personnel, their family members, retirees, veterans and civilians to connect the installation and community volunteer resources. Across the globe Marines, Sailors and their families are giving back to their communities. 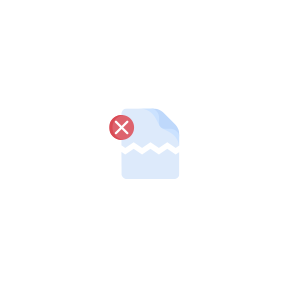 Learn how to become more involved in your Marine’s command by contacting your Deployment Readiness Coordinator (DRC), or contact Marine Corps Family Team Building (MCFTB) at 757-288-8269 to find out the next training dates.

Come join the L.I.N.K.S. Team and share your Marine Corps experience to help Marines, spouses, and kids make the most of their time in the Corps!   Whether you want to be in front of the group facilitating, or behind the scenes, there is a place for you as a L.I.N.K.S.  Mentor.  Call MCFTB at 757-288-8269

Throughout the year, MCCS hosts several events for Marines and their families from throughout Hampton Roads, Volunteers are needed for various tasks during these events.  For more information call MCFTB at 757-288-8269

Give back to the community and get involved in volunteer projects!  Potential opportunities include Adopt a Street, working with local VFW, Seton Hall, and more!  All single and unaccompanied Marines are encouraged to participate.  For more information, call 757-749-7897

The Service to Armed Forces program in the National Capital & Greater Chesapeake Region supports military personnel, veterans, and families on 27 separate military installations in the region, at 5 Veteran’s Administration Hospitals, and throughout the community. Key installations supported include: Fort Meade, Quantico MCB, Walter Reed NMMC, Fort Belvoir, JB Andrews, JB Myer-Henderson Hall, the US Naval Academy, and the Pentagon. As the largest Red Cross volunteer area in the National Capital & Greater Chesapeake Region, there is a team of over 1,000 active volunteers supporting the SAF mission throughout the region. Volunteers range from civilian to active duty, from administrative through PhD, RN and MD who practice to the full extent of their credentials.  During the summer months they add a robust program of youth volunteers with our VolunTeen programs.

Whether placing a family in permanent housing or supplying what military children need for back to school, our programs support military families so they can thrive, not simply struggle to get by, in the communities they have worked so hard to protect.
Website Resources:

Your browser is out-of-date!

Update your browser to view this website correctly. Outdated Browser